Can You Keep A Secret? (書況良好）

內容簡介   The hilarious romantic comedy from NUMBER ONE BESTSELLING AUTHOR Sophie Kinsella . . . soon to be a major motion picture!   Emma is like every girl in the world. She has a few little secrets.   Secrets from her mother:   1. I lost my virginity in the spare bedroom to Danny Nussbaum while Mum and Dad were downstairs watching TV.   … From her boyfriend:   2. I’m a size twelve. Not a size eight, like Connor thinks.   3. I’ve always thought Connor looks a bit like Ken. As in Barbie and Ken.   … From her colleagues:   4. When Artemis really annoys me (which is pretty much every day), I feed her plant orange juice.   5. It was me who jammed the copier that time. In fact, all the times.   …Secrets she wouldn’t share with anyone in the world:   6. My G string is hurting me.   7. I faked my Maths GCSE grade on my CV.   8. I have no idea what NATO stands for. Or even what it is…   …until she spills them all to a handsome stranger on a plane. After all, she’ll never see him again.   But on Monday morning, Emma’s office is abuzz about the arrival of Jack Harper, the company’s elusive CEO. Suddenly Emma is face-to-face with the stranger from the plane, a man who knows every single humiliating detail about her.   Things couldn’t possibly get worse... Until they do. 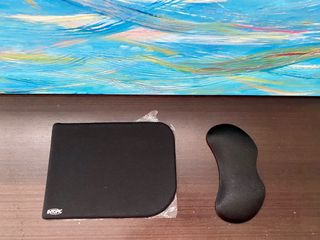